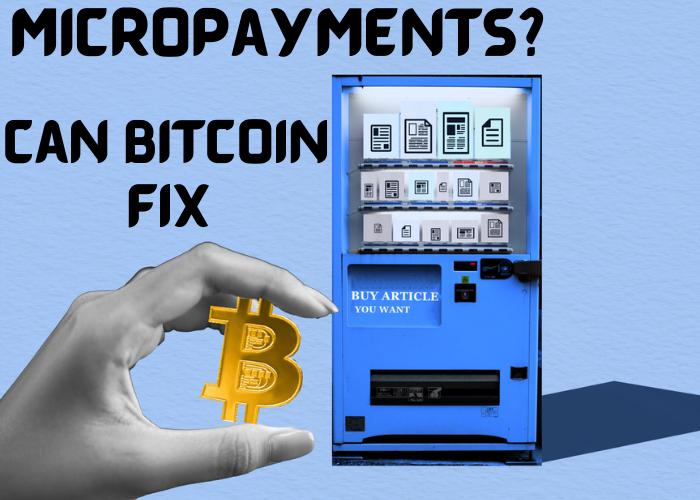 A Brief Introduction to Micropayments

Micropayments were first proposed in the late 1990s by a couple  of researchers at the Massachusetts Institute of Technology (MIT). They argued that micropayments could solve a fundamental problem in network economics by reducing the cost of transactions, thereby encouraging a more thorough use of the Internet. Before Bitcoin, none of the available payment schemes offered the minimal per-transaction fees essential for micropayments.

Why Use Bitcoin for Micropayments?

Bitcoin is a digital currency that is designed for small transactions such as those for micropayments. It is a secure, fast and low-cost way to pay for goods and services on the internet. Bitcoin is a great alternative to credit cards and PayPal because it eliminates the high fees, fraud and identity theft that are  common with these services.

How Do Bitcoin Micropayments Work?

The recent meteoric rise in bitcoin’s price has led to a significant increase in the number of people who are interested in investing in the cryptocurrency. However, the high price is a huge barrier to entry for many people who want to invest in bitcoin. One way to address this problem is to use micropayments to make payments more affordable. One of the companies that is working on similar technologies is BitWall. The company has ambitious plans to create an “internet tipping ecosystem” that would allow anyone to monetize content on the web. Today, the company announced that it is adding bitcoin payments to its service as well.