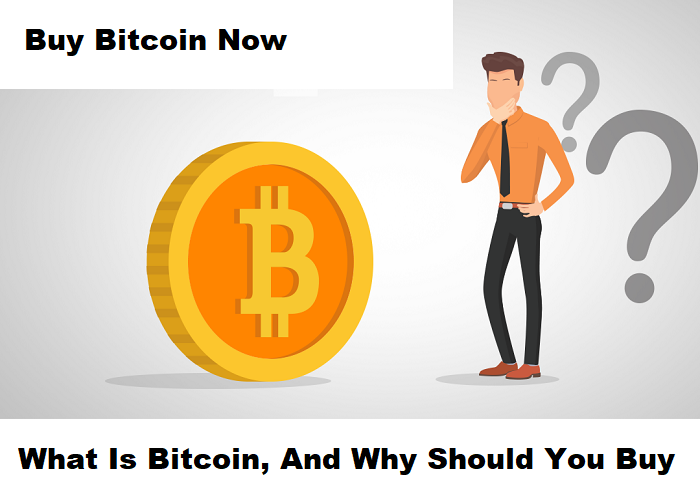 What is Bitcoin, and Why should you buy

It is hard to believe that in the age of the internet, there are still some things that people don’t understand. Bitcoin is one of those things. Most people know it as a digital currency, but they don’t understand what it is or how it works. In this blog post, I’m going to explain what bitcoin is and why you should buy it. Stay tuned!

1. What is Bitcoin, and how does it work

Bitcoin is a cryptocurrency and worldwide payment system. Without a central bank or single administrator, that can be sent from user to user on the peer-to-peer bitcoin network without the need for intermediaries. Transactions are verified by network nodes through cryptography and recorded in public distributed ledger called a blockchain.

Bitcoins are created as a reward for a process known as mining. They can be exchanged for other currencies, products, and services. As of February 2015, over 100,000 merchants and vendors accepted bitcoin as payment.

2. The benefits of buying Bitcoin

3. How to buy Bitcoin in your country

If you’re looking to buy Bitcoin in your country, there are a few things you’ll need to take into account. First, make sure that you have a reliable internet connection and a Bitcoin wallet like Coinbase or Blockchain.info. Then, find a reputable Bitcoin exchange like Kraken or Bitstamp. Once you’ve set up an account with an exchange, you’ll be able to buy Bitcoin using your local currency. Finally, remember to keep your Bitcoin in a safe place like a cold storage wallet or paper wallet. By following these steps, you’ll be able to buy Bitcoin in your country without any problems.

4. The future of Bitcoin

Bitcoin has been in the news a lot lately. Its value has fluctuated wildly, and it seems to be constantly in the headlines. But what is Bitcoin, and what is its future?

Its value is highly volatile, and it has been known to lose or gain large amounts of value in a short period of time. This makes it a risky investment, but some people believe that it has the potential to become a significant player in the global economy.

As more and more businesses start to accept Bitcoin, its popularity is likely to continue to grow. Some experts believe that it could eventually become a standard currency like the US dollar or the Euro. However, its volatile nature means that it could just as easily crash and become worthless. Only time will tell what the future of Bitcoin holds.

Bitcoin is a digital asset. Unlike traditional currencies, it is being used to purchase goods and services online without the need for third-party intermediaries such as banks. So what’s stopping you from buying some?Start trading today and join BitcoinTAF here

How To Set an Out of Office on Outlook