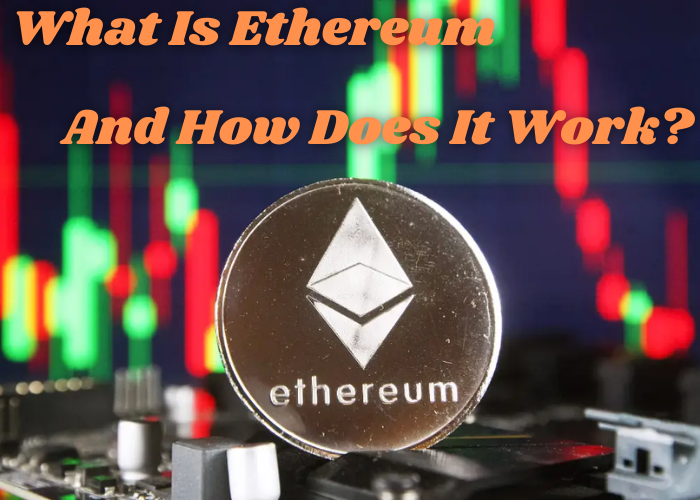 What Is Ethereum And How Does It Work?

Ethereum is a decentralized platform that runs smart contracts: applications that run exactly as programmed without any possibility of downtime, censorship, fraud, or third-party interference. Ethereum is a blockchain-based decentralized virtual machine that is more than just a cryptocurrency. Ethereum is a system that is not owned by any single party, but instead shared by all of its users. Ethereum is a cryptocurrency and a blockchain platform with smart contract functionality. It provides a decentralized virtual machine called  the Ethereum Virtual Machine (EVM) that can execute scripts using an international network of public nodes. Ethereum was proposed in late 2013 by Vitalik Buterin and has since grown to become the second largest blockchain after Bitcoin in terms of market cap and has spawned an entire ecosystem of decentralized applications (dapps).

Ethereum is a blockchain-based, open-source distributed computing platform that features smart contract functionality. It provides a decentralized virtual machine that can execute scripts using an international network of public nodes. Ethereum can be used to codify, decentralize, secure, and trade just about anything: voting, domain names, financial exchanges,  crowdfunding, company governance, contracts and agreements of most kind, intellectual property.

How Does Ethereum Work?

Ether and Ethereum: What’s the Difference?

The Ethereum blockchain has many benefits, many of which are not yet being utilized.

Ethereum is a digital currency that has a lot of advantages, but it also has some disadvantages.

How to Buy Ethereum

What Is Litecoin And How Does It Work?

How To Buy Litecoin (LTC)