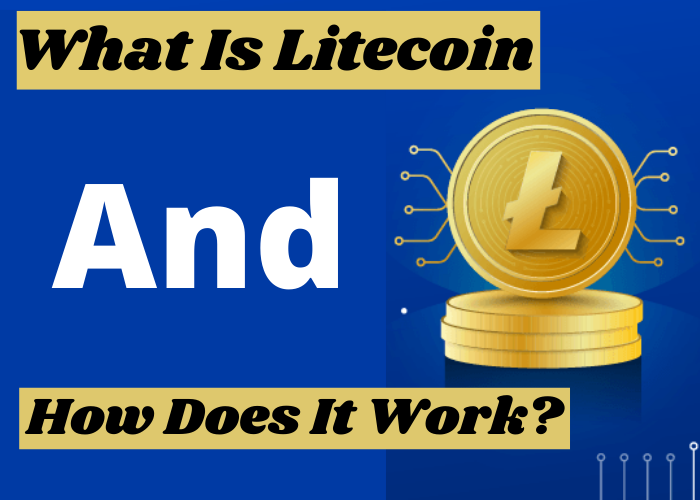 What Is Litecoin And How Does It Work?

Litecoin is one of the most popular cryptocurrencies, and it has been around since 2011. It is the fourth most valuable cryptocurrency, and it’s one of the oldest. Litecoin is a peer-to-peer cryptocurrency, which means that it is decentralized and not controlled by a central bank. Litecoin is a cryptocurrency that is peer-to-peer, decentralized, and not controlled by a central bank. It was released in 2011 and is  considered to be the “silver” to Bitcoin’s “gold”, as it allows a faster transaction time, uses less electricity, and is easier to mine. The Litecoin community is growing, and more merchants are accepting it as a payment method. It is not as valuable as Bitcoin, but its transaction time is faster which makes it more appropriate for small purchases.

Litecoin is a peer-to-peer cryptocurrency and open source software project released under the MIT/X11 license. Litecoin was an early bitcoin spinoff or altcoin, starting in October 2011. It was created by Charles Lee, an engineer who later went to work for Google. Litecoin is based on the  Bitcoin protocol but differs in terms of the hashing algorithm used.  Whereas Bitcoin uses SHA-256, Litecoin uses scrypt, originally intended to prevent GPU-based mining. It is virtually impossible to generate litecoins without specialized ASIC hardware. Litecoin offers faster transaction confirmation times and improved storage efficiency than the leading math-based currency. With substantial industry support, trade volume and liquidity, Litecoin is a proven medium of commerce complementary to Bitcoin.

How Does Litecoin Work?

Litecoin is a peer-to-peer digital currency that was created in 2011 by a former Google employee. The Litecoin network is scheduled to produce 84 million Litecoins, which is four times as many currency units as Bitcoin. Litecoin was designed to produce blocks at a faster rate than Bitcoin.  The quicker block generation time is intended to allow for a more diverse, rapid transaction verification. Litecoin has a market capitalization of $1.35 billion, making it the fourth-largest cryptocurrency, after Bitcoin, Ethereum and Ripple.

How Litecoin Is Mined

Litecoin is a peer-to-peer cryptocurrency that was created in 2011 by an ex-Google employee. Unlike Bitcoin, Litecoin is a decentralized, open-source, and global payment network. It is a fork of Bitcoin with a faster block generation rate and a higher maximum number of coins. Litecoin is mined  with the Scrypt protocol and is designed for regular transactions. Litecoin is mined using the Scrypt algorithm, which is different from Bitcoin’s SHA-256. Litecoin’s Scrypt algorithm is much more memory intensive and is designed to be mined by CPUs. This is in contrast to Bitcoin’s SHA-256, which is designed to be mined by GPUs.

How Is Litecoin Used?

Litecoin is a peer-to-peer digital currency that enables instant payments to anyone in the world. It is fully decentralized, meaning it is not controlled by any central authority. It is also a very secure and fast way to send money to anyone in the world. Litecoin is used for many things, from buying  goods online to trading for services, and even for investing in other cryptocurrencies.

Litecoin is one of the most economical and efficient cryptocurrencies to date.

How to Buy Ethereum

How To Buy Litecoin (LTC)